A Short-Cut to Controller Canonical Form

When converting a transfer function to state-space form by hand, the step of pulling out the direct path, like we did in going from Eq.

Figure G.2 gives the standard direct-form-II structure for a second-order IIR filter. Unlike Fig.G.1, it includes a direct path from the input to the output. The filter coefficients are all given directly by the transfer function, Eq.

This form can be converted directly to state-space form by carefully observing all paths from the input and state variables to the output. For example,

reaches the output through gain 2 on the right, but also via gain

on the left and above. Therefore, its contribution to the output is

, as obtained in the DF-II realization with direct-path pulled out shown in Fig.G.1. The state variable

reaches the output with gain

, again as we obtained before. Finally, it must also be observed that the gain of the direct path from input to output is 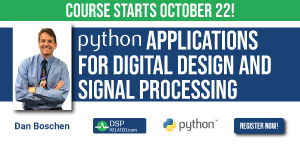