Getting Started In Audio DSP

Imagine you're starting out studying DSP and your particular interest is audio. Wouldn't it be nice to have access to some audio signals and the tools to analyze and modify them? In the old days, a laboratory like this would most likely have cost a lot of time and money to set up. Nowadays, it doesn't have to be like this. The magic of open source software makes it quite straightforward to build yourself a simple audio DSP laboratory – just use the brilliant package called (drum roll please) Audacity.

Audacity is so good, its graphics are often sought out for use in movies and TV. In fact, you've probably even seen diagrams similar to that of Figure 1. 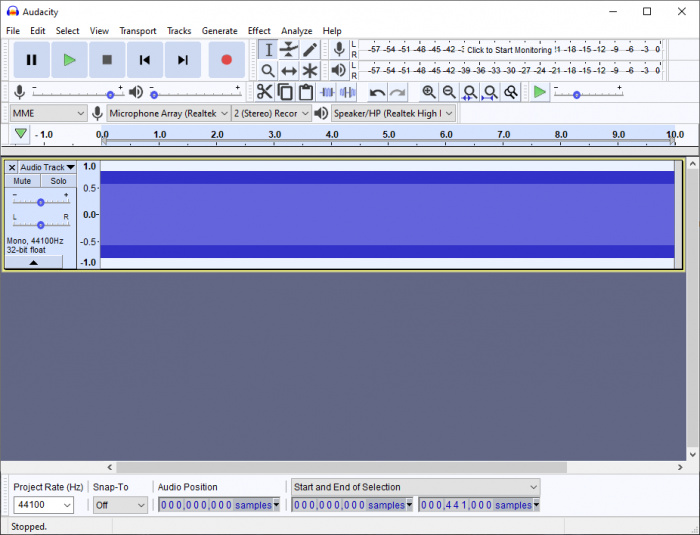 The signal in Figure 1 is synthetic audio, generated using the menu options under the Generate main menu. The little green button on the top left allows you to play back the audio signal. Sometimes, this is useful – putting a human-centric step into your signal processing workflow.

The signal in Figure 1 can also be exported to disk and saved in one of the de facto audio formats: WAV, MP3, or OGG.

You can also zoom in on the signal in Figure 1 using the View menu Zoom option. This gives you a birds eye view of the signal up close and personal as illustrated in Figure 2. 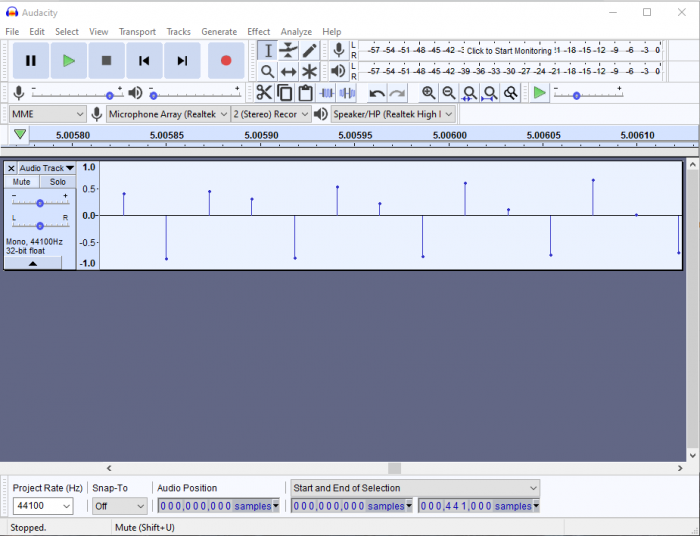 In my book DSP with audio examples, I go into some detail describing the elements of these diagrams. Suffice to say, they allow you to see and play around the very essence of digital signals.

Signals in the Frequency Domain

Let's say we want to now move into the frequency domain. Again, our Audacity laboratory makes this easy with just a few mouse clicks to produce a spectrum as illustrated in Figure 3. 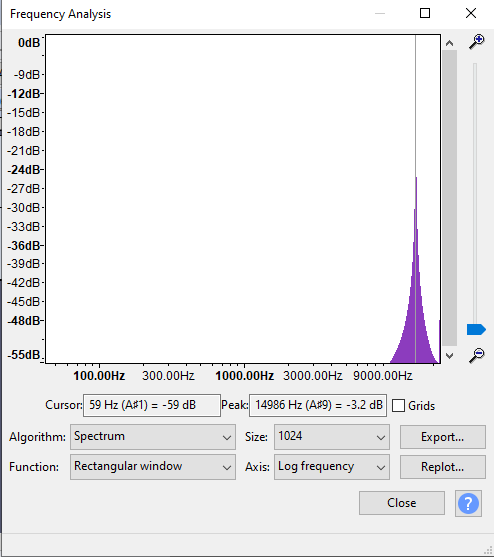 Figure 3 shows the major spectral components of the synthetic audio signal. I say components but it's really the singular. There's just one peak in the signal and this is because it was generated to contain just a single tone.

So, that's a whistlestop tour of our audio DSP laboratory, courtesy of the Audacity team.

distributed under the terms of the GNU General Public License.

The name Audacity® is a registered trademark of Dominic Mazzoni.)

Stephen Morris is an independent writer/consultant based in Ireland. Widely experienced in enterprise development and networking applications, Stephen has worked for some of the world's biggest networking and finance companies, has a master's degree in computer science and holds a number of patents.