Below is a little microprocessor history. Perhaps some of the ol' timers here will recognize a few of these integrated circuits. I have a special place in my heart for the Intel 8080 chip. 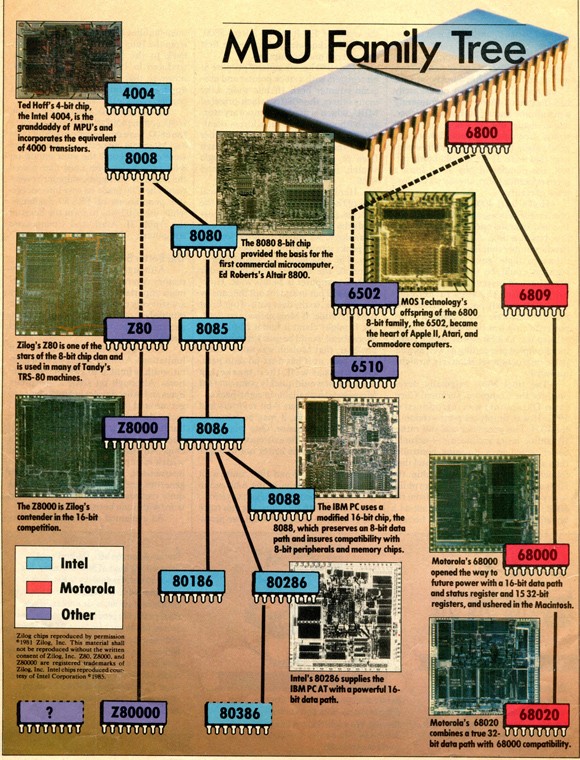 While we're reminiscing, here is an app note for the MC1496 balanced modulator/demodulator, made by Motorola, which I used in a video modulator in 1983.  It has eight (count-em!) transistors.  You can still buy it today.

Hi Neil. It would be nice to have one of those MC1496 chips on an evaluation board for experimentation. Then I could find out if any of that "modulation theory" stuff is actually true.

Back in 1982 the company I worked for used several of them as instrument controllers to drive Function Generators, Spectrum Analyzers etc via IEEE-488.

They were quite fast (for their time) and very reliable.  As long as you were happy with HP basic.