I understand that in the decomposition process, wavelet and scaling functions are used to split the signal to approximation and detail coefficients. 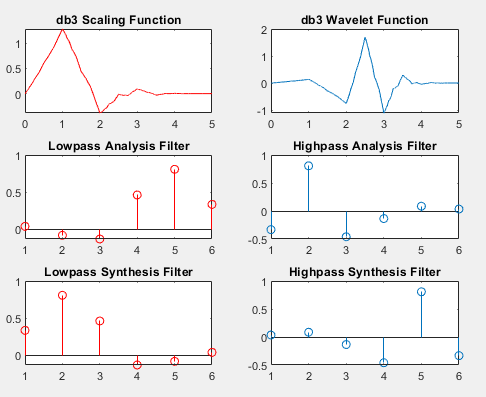 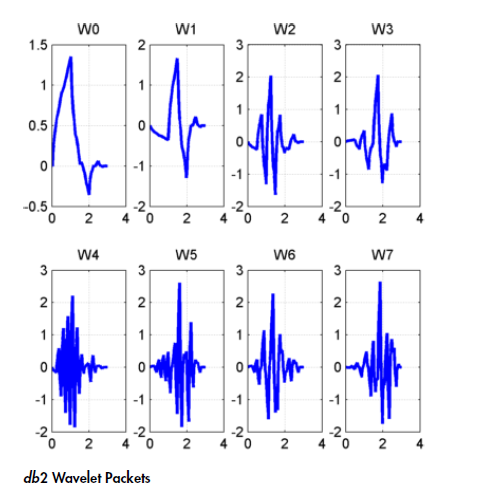 and now I am confused as these functions remind me of the continuous wavelet transform and the scaling process of the wavelet functions. They appear to be more scaled relative to the depth but I might be wrong and do not have the same length (based on the vanishing moments).

So what are these wavelet packet functions and how are they used for the decomposition process?

You know in Continuous wavelet Transform, you scale wavelets. In decimated discrete wavelet transforms, after each filtering you downsample the signal by 2 factor afterwards. For the next level, when you apply same filter to this decimated signal, it is as if the filter is scaled by '2' relative to the signal.

What you have shown are reconstructed signals for each leaf of tree.

So basically it is the same.

Got it, thank you for clearing that up.