I came across the term Tilt correction while seeing data sheet of a modulator. Not sure what it exactly means. Any help would be much appreciated.

A good many modulators in transmitters are implemented in the DSP domain. Often the DSP based signal is interpolated to a much higher sample rate than the Nyquist rate for the modulation process. This is done so the DSP processing can up-convert to a digital IF frequency with a digital I-Q heterodyne. The digital signal becomes real at that point and thus does not require a pair of D-to-A converters, analog smoothing filters and analog Iq- Mixers to move the signal from complex baseband to real analog IF center frequency. This avoids the performance reduction effects of I-Q mismatch.

The DAC has a sinx/x frequency response which is symmetric about DC and has its first spectral zeros at +/- the sample rate. Baseband signals see the DAC distortion as a quadratic tilt about DC and correct it with an inverse (sinx/x) filter. The digital IF center frequency is typically near the 1/8-th sample rate. The DAC response in the neighborhood of the IF center frequency has a reduced amplitude and a tilt. This is best seen in figures. This too has to be corrected by a local correcting inverse tilt. See my attached lecture material.

Thank you for your reply and for the excellent document.

It could mean at least a couple of different things, so I'd hope the documentation for the modulator clarifies which is meant.

If IF sampling is used, it may be correcting for the sinx/x tilt in the DAC response due to the zero-order hold (as fred h mentioned).

It might also mean correction for "cable tilt" which is a slope in the frequency response of the cable from the amplifier to the antenna.   Sometimes these are adaptive and require feedback either from an Rx antenna or from the signal at the far end of the cable.  Sometimes this just means changing the gain slightly depending on what frequency is tuned.

It could also mean correction for non-flat frequency response of the analog/rf transmit chain.

There are multiple potential sources of "tilt", which usually just means a straight line, non-flat tilt of the frequency response, and they're saying they have a means to correct for it.   Usually this is mentioned if the potential source of tilt is external to the modulator, in which case the correction might be done via feedback or manual adjustment.

In any case, the documentation for the modulator should have some clarifying info, I'd hope, anyway.  ;)

Thank you very much, very helpful as always !

So was the tilt correction a matter of DAC sinx/x correction or something else?

the tilt correction provided is for non-flat frequency response of the RF transmit chain. 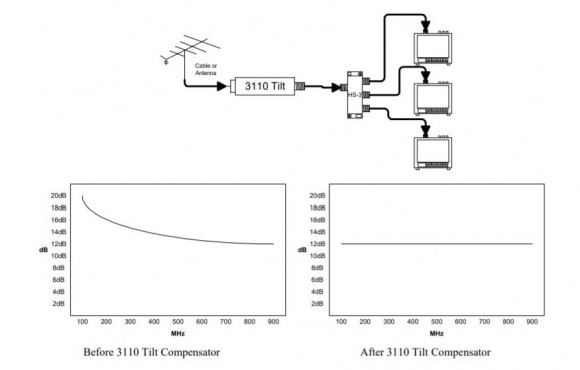 From the context of DSP it can't be this tilt: 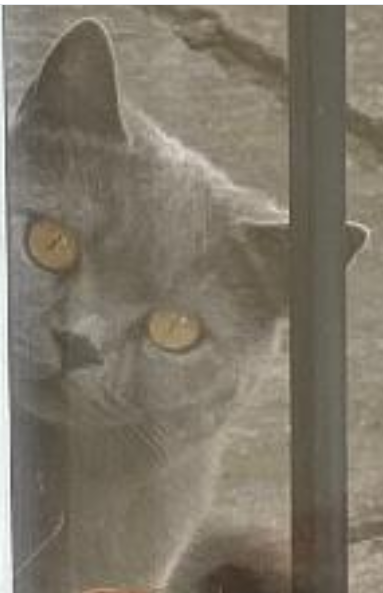