The adoption of the frequency measure "Hertz"

Started by Rick Lyons 4 years ago●6 replies●latest reply 4 years ago●160 views
Digging through some old papers, I found the following on a page that I tore out of the November 1965 Hewlett-Packard Journal:

So you could say that they put Hertz in the driver's seat.

Neil, your keen sense of humor put the following look on my face: 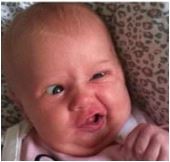 I am glad to learn that the IEEE was simply following the lead of major standards bodies.  I've always thought the standard should be 'cps', and if we're going to use a proper name, then it's got to be capitalized as Hertz (Hz).

The SI convention regarding units that are proper names is that when spelled out they are NOT capitalized (thus ampere, volt, coulomb) unless used as modifiers (e.g., degrees Celsius), but (as other units) ARE capitalized when abbreviated (kHz, MV, mA).

I still have my cps to Hz conversion chart that my first manager gave me as a joke.   One axis is logarithmic so it makes a nice curve.

Note also that near the end of the article the use of SI units (metric) instead of British-American (as they put it) units was encouraged.  At least we EE's use meters and such for wavelength, watts for power, joules for energy, and so on.  Still, more than 50 years later, the mechanical engineers are still using inches, horsepower, BTUs, etc. Sigh... I think the situation is really bad these days because you have to know both.  Let's put everything into SI units once and for all and get it over with.